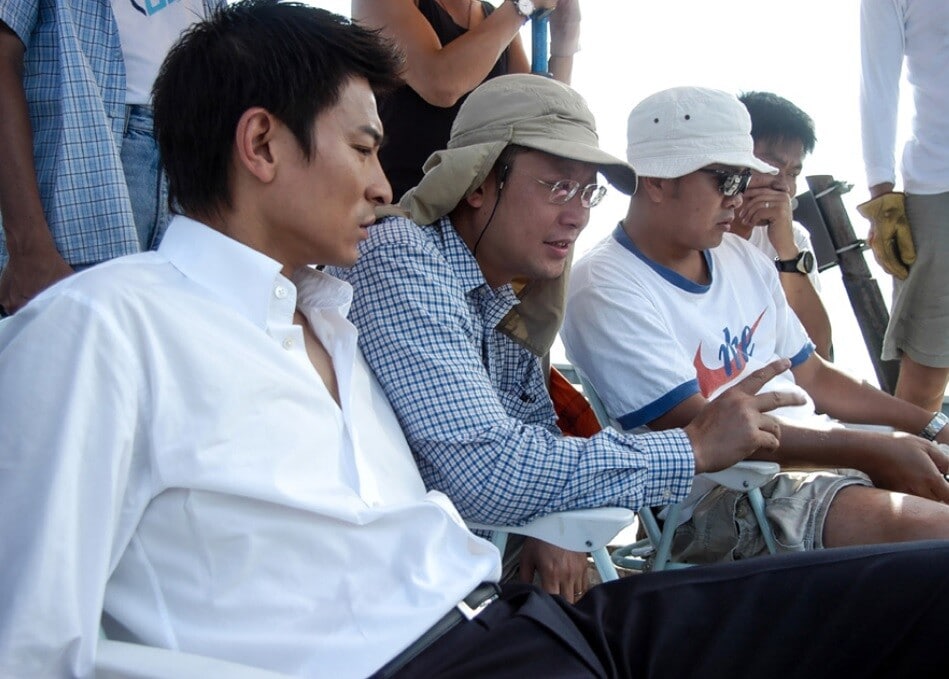 For the great return of the trilogy Infernal Affairs to the cinema in restored version, Eklecty-City offers you an interview with the director Andrew Lau.

Andrew Lau is a director and producer from Hong Kong. After starting his career as a cinematographer for such filmmakers as Ringo Lam, Wong Jing and Wong Kar-wai, Lau began his career as a director in the 90’s. The filmmaker has directed several feature films in China, Korea and the United States.

A very prolific director, Andrew Lau is mainly known in the West for his action and crime films, notably the Young and Dangerous franchise and the Infernal Affairs trilogy co-directed with Alan Mak. Martin Scorsese directed a remake of the film in 2006 as The Departed, which won the Academy Award for Best Picture and Best Adapted Screenplay. In 2014, Lau directed an American film Revenge of the Green Dragons, produced by Martin Scorsese, starring Ray Liotta.

On the occasion of the release on March 16, 2022 in french theaters of restored trilogy Infernal Affairs, I had the great privilege to ask a few questions Andrew Lau. Find below my interview with one of the greatest Hong Kong directors. 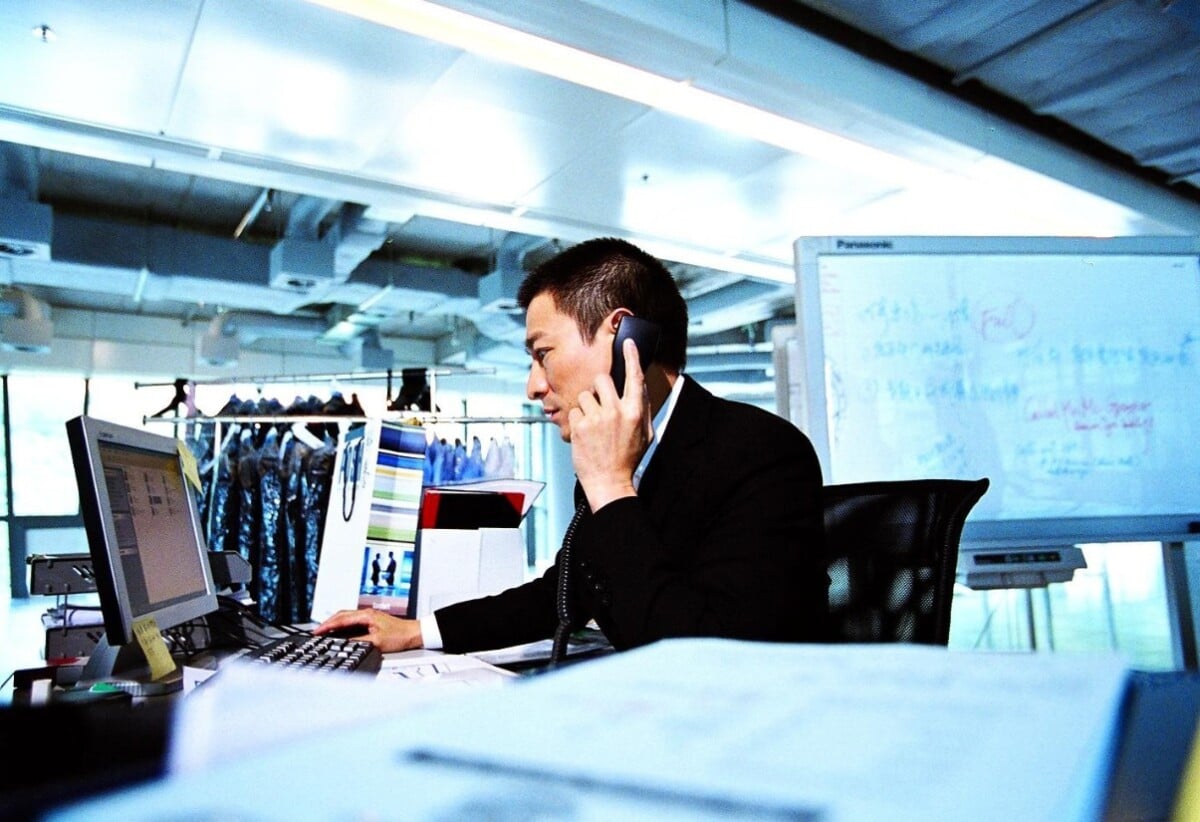 Hello Andrew, first of all thank you for this interview. It’s a real honor for me to be able to talk with you. What is your state of mind for the return of the Infernal Affairs trilogy to the cinema?

Andrew Lau : I’m always happy when more people can watch my movies, so with the restoration I think it’s also a real honour for me. And now that the movie is coming out in 4K resolution, audience can look at the film with more a more crisp image and perhaps better colouring. I’ve always felt that the colouring technology then wasn’t advanced back then, so I hope now they are able to tune the colour to what I had in mind.

When the first film was made, did you imagine that it would become a worldwide phenomenon?

Andrew Lau : I was nervous when the film came out, back then, the movie industry in Hong Kong was going through a slump and it felt like a very big risk. I always told myself that if this film bombs in the box office, then this is it but luckily it was a huge success. I didn’t expect it to be a worldwide phenomenon, I never expected Martin Scorsese to remake Infernal Affairs. It’s amazing and I’m so thankful for everyone that was a part of it. 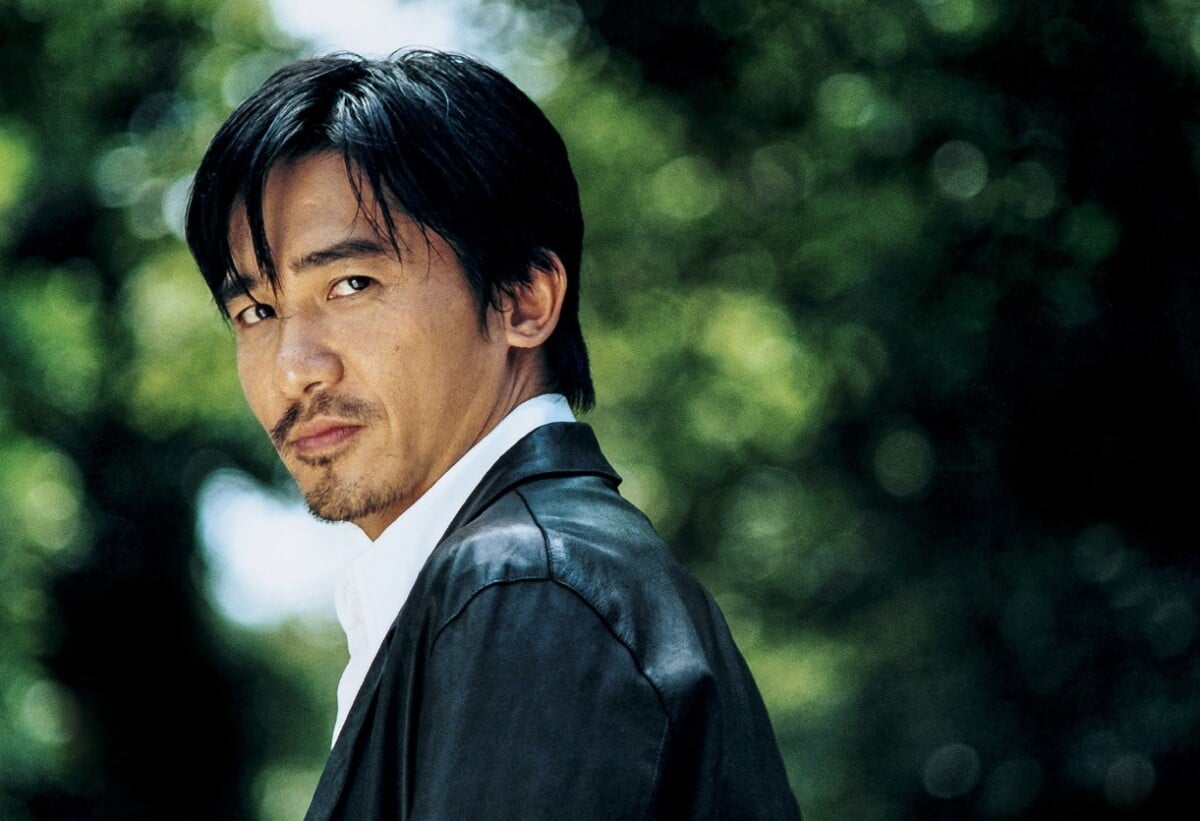 A whole new generation of moviegoers will discover your trilogy. Would you advise them to watch it in chronological order or in order of release?

Andrew Lau : I would definitely advise people to watch it in order of release, while the second movie is a prequel, one has to watch the first one in order to understand what I wanted to say.

These new viewers grew up watching superhero movies and series. What do you think of this genre? Is it a theme that interests you?

Andrew Lau : I feel that each generations have their own set of heroes. Different cultures have different ideas on what it is like to be a hero. For example, in Hong Kong we have our own set of superhero movies, the old wuxia movies, cops and robber movies, etc. So in the end I think that each culture projects their ideas of a superhero up to the big screen but I personally don’t mind it, as Long as it’s a good movie, I think that’s enough.

If I had the chance to do such a movie, I would probably refuse though, I feel there would be too many rest.

If you had to name one superhero movie, which one would it be? And why?

Andrew Lau : I think I would name one of my own movies, the Young and Dangerous series (ed.: Adaptation of the comic-book Teddy Boy.). It holds a special place in my heart because it was extremely low budget, very raw to show the lives of low level gangsters from the point of view of a hero. 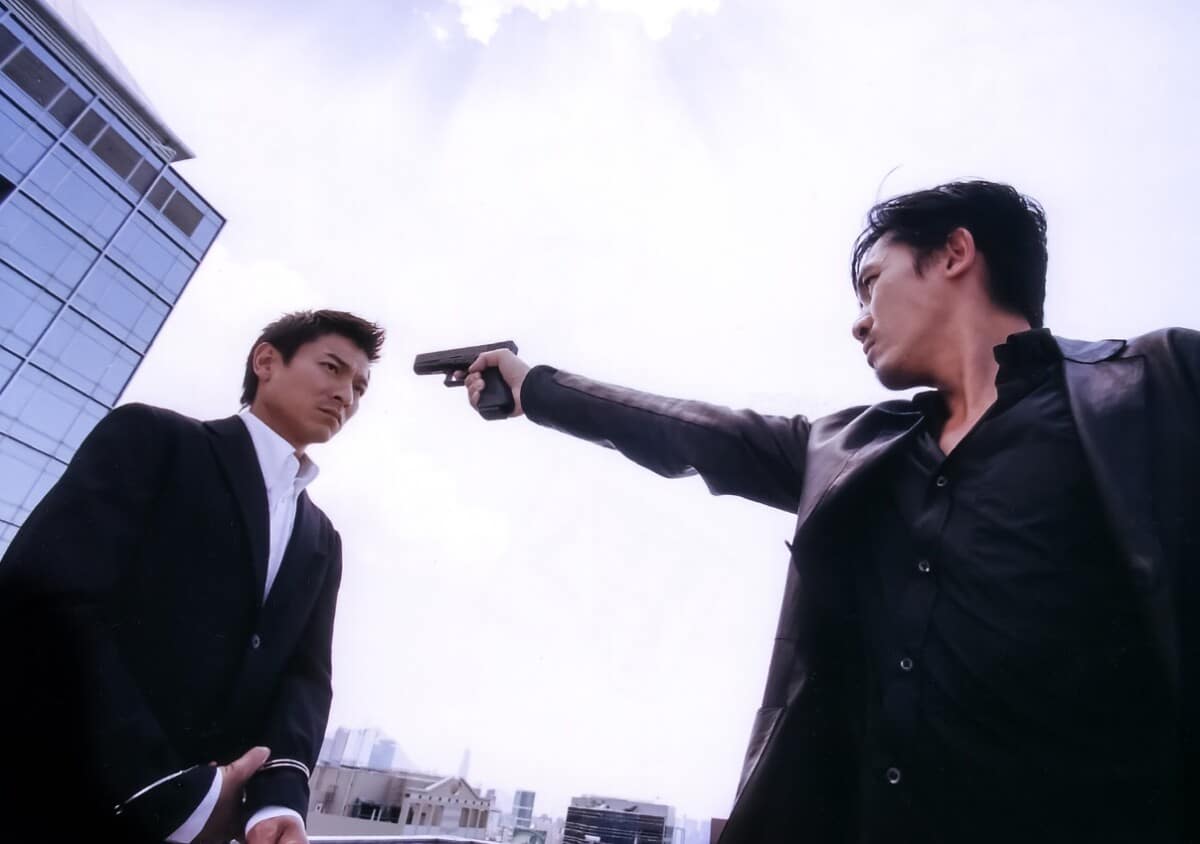 It’s been almost 20 years since the first film was released. If you were to make « Infernal Affairs » today, would you make any changes?

Andrew Lau : Now that I think about it, I don’t think I would make any big changes, but I’m sure I would make some small edits, one as I mentioned before is definitely the color of the movie.

Have you ever thought of making an « Infernal Affairs 4« ? Could a fourth film be made?

Andrew Lau : I’ve definitely thought about it, but it was never serious. I think after the third one, the films were at a good place. I could do it but for me it might be too boring. I wanted to looks for a new fresh ideas to do.

Maybe as a producer.

What can you tell me about your next project?

Andrew Lau : I’m working on post production on this action film called Peacekeepers and I have some scripts that I’m looking into now.

I would like to talk about video games. Video games are the number one cultural industry in the world. We find all kinds of works in it. There are also great authors like Hideo Kojima. Is it a sector that interests you? Do you have a reference game?

Andrew Lau : Watching the video game industry grow throughout the decades is definitely an amazing thing that happened. I still remember when I was back in high school, my family and I saved enough money to buy the new Apple 1. It was the late 70s and while video games was just starting out, I still had a lot of fun playing it. Like movies, it felt like an escape.

So yeah video games is definitely a sector that interests me. Now with the technology now, I even use some video game scenes as references in my own movie. Watching my sons with their video games, they are definitely influenced by it and I’m sure his generation is too. It’s a really big part of pop culture. 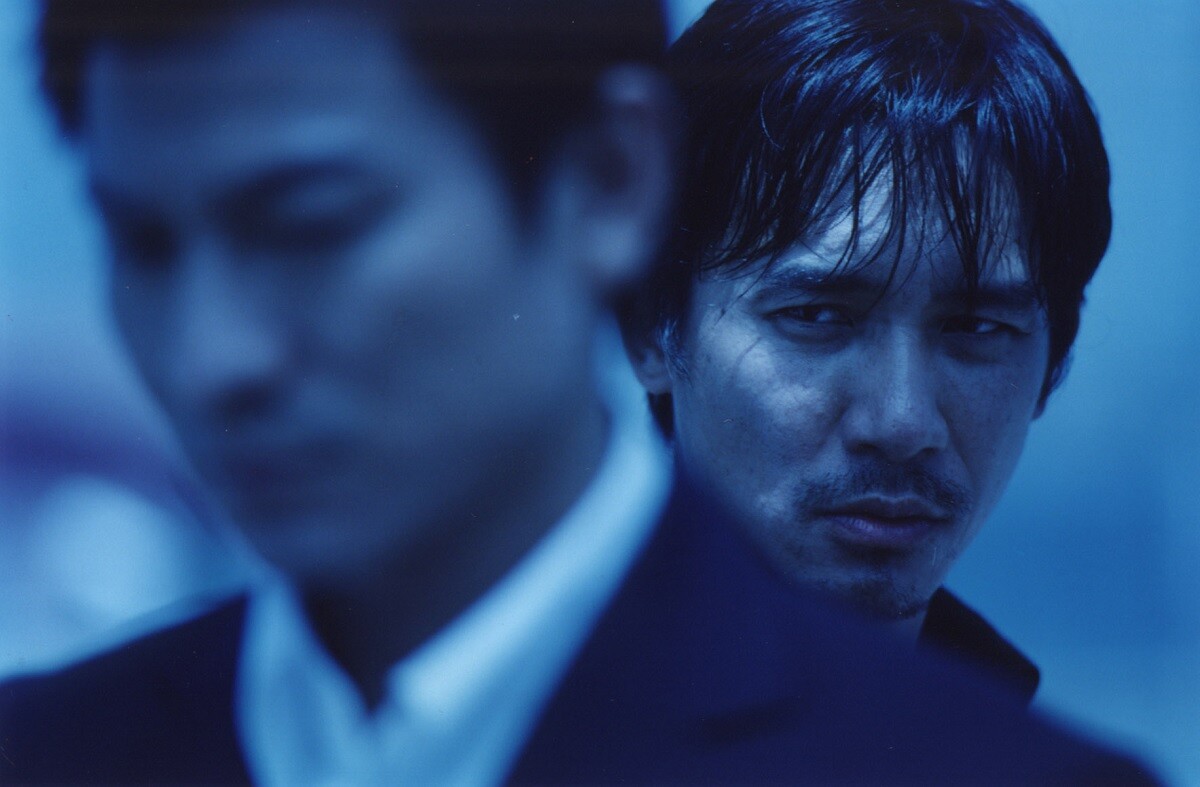 As you have noticed through my questions, our site is themed on Pop Culture. How would you define popular culture? What does it mean to you?

Andrew Lau : I think pop culture like the name says is just any cultural forms like film, video games, television that is popular at this time. I think that what is included in everyone’s pop culture is up to themselves. Since pop culture now it’s so accessible, there’s so many different forms of pop culture and everyone can decide on what is popular.

But you know at the end of the day, I think there is too many things going on, it’s hard to keep up so I personally don’t particularly care for it.

Finally, what message would you like to give to our readers?

Andrew Lau : I hope those who haven’t seen Infernal Affairs like the movie, I really hope through the restoration people can see a lot more. I want to watch it myself!

We have reached the end of the interview. Thank you very much Andrew for giving me time for this interview.

Interview by Thomas O. for Eklecty-City.fr, who thanks Andrew Lau. 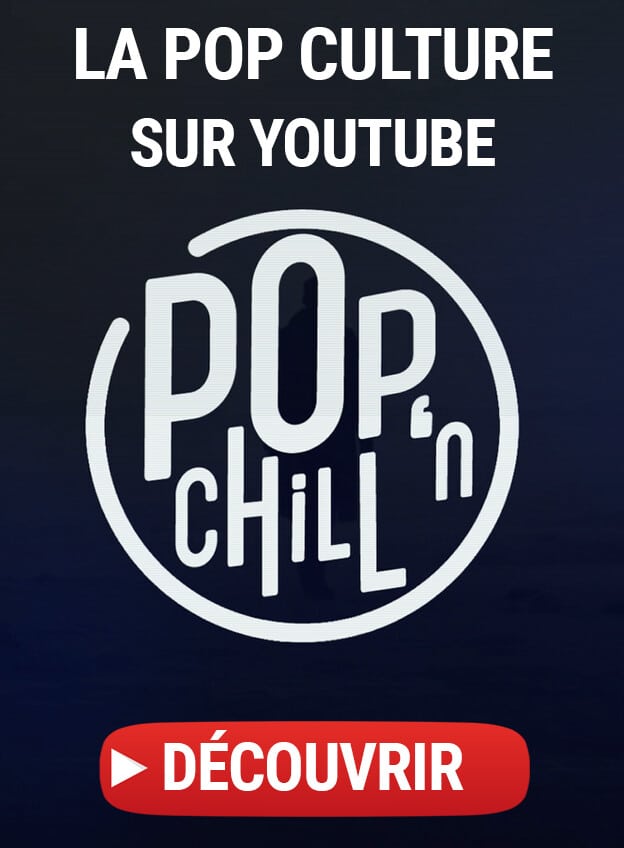 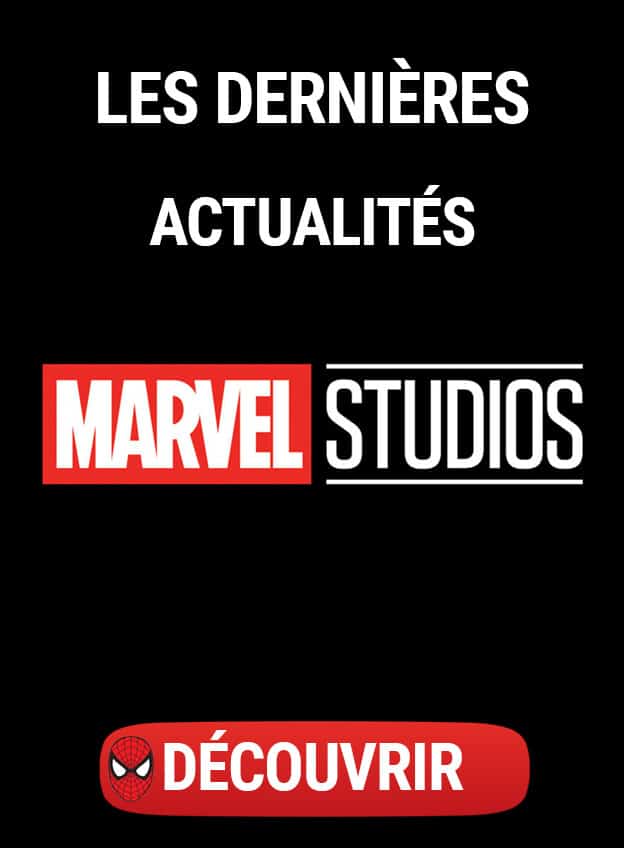